This article is a follow on from our LSD Microdosing experience post, which you can read here: LSD Microdosing in which our author who is on the autistic spectrum took a small microdose of LSD along with the nootropic wakefulness-promoting drug, Modafinil.

Fascinatingly, LSD and other psychedelics have been considered for treatment and even trialled to treat autism, ADD, ADHD and other spectrum disorders in the past!

How it works: LSD works by interacting with the brains serotonin receptors. The drug is engulfed by a 2B receptor and starts to regulate serotonin centre 5-ht receptors in the brain, which are involved in a number of higher-order functions.

Effects of LSD Microdoses in Psychiatry

There has been a lot of interest in LSD micro-dosing (and micro-dosing of other psychedelics such as shrooms!) for quite some time! LSD for autism spectrum disorders and ADHD were first considered seriously in the 1960s., roughly 22 years after Albert Hoffmann synthesised the first-ever batch of LSD.

These investigations lead to a highly questionable experiment on young children with LSD, during which 12 autistic children were LSD doses from 50 – 200 ugs and observed over the course of a school day.

Freedman et al. who conducted these experiments noted: the disappearance of mannerisms, greater physical contact, and development of what looked like new bodily sensations.

The facilitation of social interaction and communication makes them one of the best candidates for spectrum disorder treatments. LSD and psychedelics in general, also have a much lower risk for addiction or long term damage than traditional amphetamine and benzodiazepine ADHD medications.

My Own Experience with Psychadelics as Someone With ADH

As someone on the autism spectrum, it’s worth noting that I expressed an eagerness to make conversation and less ‘freezing up’. This was as a consequence of less social anxiety and greater receptivity to non-verbal cues. I also felt better at anticipating, and working out intuitive cues in conversation came to me with greater fluidity.

The focusing effects and potential for the cultivation of new skills and sensations in children and adults who might otherwise lack them could be combined with therapy to really help a lot of individuals.

‘Free association during the conversations flows a lot more freely. Tying this to state dependent memory, I’d speculate that having a greater amount of peripheral vision and therefore being aware of more sensations translates into a greater capacity to recall memories.’

The author during a microdosing experience, taken from this post on or to hear more about the effects of nootropics for adhd then check out this article on: LSD Microdosing.

If Ritalin had not been created, then LSD might widely be used today to treat a range of different attention deficit disorder symptoms, or even to help boost individuals with Aspergers or autism in their development of certain skills, or in understanding certain sensations they may struggle with.

We currently treat ADHD and ADD with amphetamine class drugs, like methylphenidate, dextroamphetamine and so on. These have more serious side effects for most than microdoses of LSD or of psychedelic mushrooms.

Incredibly studies arose that tested self-rated effectiveness of psychedelics on the treatment of several disorders including ADHD. Here is the conclusion from one of the studies by Hutten et al., 2019:

This study demonstrates that SRE of MDP to alleviate symptoms of a range of mental or physiological diagnoses is higher compared to conventionally offered treatment options, and lower than regular (‘full’) psychedelic doses.

Hutten et al., 2019 – in this section, SRE is an abbreviation of ‘Self Rated Efficacy’, and MDP is ‘Mental and Physliological Diagnosis’

So these drugs are cheaper to manufacture than amphetamines, have higher addiction potential, and a lower side effect portfolio. So it really begs the question, why not replace them?

Microdosing experiments have been run for a long time, and a large body of literature is available including Gwern’s micro-dosing experiments, and experience reports from erowid to name but a few. They make for very interesting reads, and if you’re considering micro-dosing yourself we recommend checking them out. 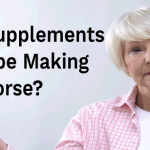 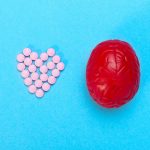