Selank is a russian nootropic medicine often used for social anxiety, which can be administered as nasal drops or as a nasal spray. Its properties are essentially anxiolytic, meaning it calms down the user which can lead to nootropic benefits. For example greater calm and ability to deal with stressful events1Uchakina ON;Uchakin PN;Miasoedov NF;Andreeva LA;Shcherbenko VE;Mezentseva MV;Gabaeva MV;Sokolov OIu;Zozulia AA;Ershov FI (2018). [Immunomodulatory Effects of Selank in Patients With Anxiety-Asthenic Disorders]. Zhurnal nevrologii i psikhiatrii imeni S.S. Korsakova, [online] 108(5). Available at: https://pubmed.ncbi.nlm.nih.gov/18577961-immunomodulatory-effects-of-selank-in-patients-with-anxiety-asthenic-disorders/ [Accessed 23 Jan. 2020]. ‌.

Selank is a peptide analog of the naturally occuring human peptide tuftin, which has an important role in stimulating the human immune system. 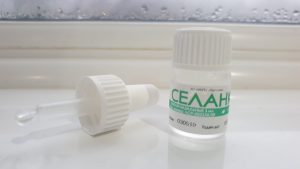 Selank has anti-depressant properties2Sarkisova KIu;Kozlovskiĭ II;Kozlovskaia MM (2011). [Effects of Heptapeptide Selank on Genetically-Based and Situation-Provoked Symptoms of Depression in Behavior in WAG/Rij and Wistar Rats, and in BALB/c Mice]. Zhurnal vysshei nervnoi deiatelnosti imeni I P Pavlova, [online] 58(2). Available at: https://pubmed.ncbi.nlm.nih.gov/18661785-effects-of-heptapeptide-selank-on-genetically-based-and-situation-provoked-symptoms-of-depression-in-behavior-in-wagrij-and-wistar-rats-and-in-balbc-mice/ [Accessed 23 Jan. 2020]. ‌ and it is is thought to be beneficial to sufferers of depression and anehedonia (a lack of enjoyment characterised by reduced engagement).

In Russia it is principally marketed towards sufferers of:

Selank is available in Russia, Ukraine and other eastern bloc nations but it is not approved for use by the FDA in the United States, or in the UK. Even so, it has a high safety profile and has been researched extensively.

The research begun after the discovery that its natural analogue Tuftsin, had  anxiolytic properties in 1995. It concluded in 2009, when the drug was released for sale and is still stocked in Russian and Ukrainian pharmacies.

Where to Buy Selank?

Selank unboxed, including instructions, pipette and vial of Selank 0.15%

We like cosmic nootropic – Semax can degrade if not shipped at the correct temperatures. Cosmic Nootropic typically ship their orders with a non-harmful preservative and it arrives within the time-frame for an order to be viable. For more information check out their page, although we will be posting a review soon- watch this space!

Is an adaptogen, it improves the functioning of the immune system during stressful conditions and helps the body to better cope with stressful change.

Withdrawals, for example cannabis or tobacco withdrawals which can come with waves of anxiety.

Besides boosting the immunological system, and being antiviral it may also be involved in slowing tumor growth, as it affects tumor necrosis factor (TNF)3https://www.ncbi.nlm.nih.gov/pubmed/19882898.

Wait at least 15 minutes before re-dosing.

Selank is an especially interesting nootropic, because it has anti anxiety and anti depressant properties but unlike most of the drugs that treat these conditions, is supposedly not addictive5Wikipedia Contributors (2019). Selank. [online] Wikipedia. Available at: https://en.wikipedia.org/wiki/Selank [Accessed 23 Jan. 2020]. ‌.

As such, selank can be paired either with nootropics that could cause anxious responses such as amphetamines, modafinil, or caffeine to list only a few examples.

More footnotes are available on the websites listed in our additional resources. For selank, we only picked a few to cover our main bases, partly because a lot of the literature covering Selank is in Russian.

Selank is great for social anxiety from Nootropics

Selank is amazing at stabilizing mood from Nootropics